NDC self-acclaimed journalist, Kevin Taylor has revealed that Utv‘s ace broadcaster, Afia Pokua would rather die in two weeks and not other journalists as she revealed in a post she shared on Facebook. 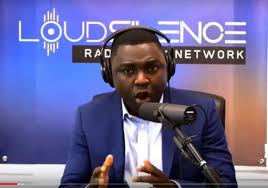 NDC self-acclaimed journalist, Kevin Taylor has revealed that Utv‘s ace broadcaster, Afia Pokua would rather die in two weeks and not other journalists as she revealed in a post she shared on Facebook.

Afia Pokua on 14th December admonished the incessant threats on some media personnel who called the elections in favor of some parties, before the EC’s official declaration.

In a Facebook post condemning such acts, she noted without mincing any words that it should not come as a surprise to Ghanaians if, in the coming days, a media person is killed in the name of elections.

Fast forward loudmouth Kevin Taylor has lambasted Vim Lady saying she would die in the next two weeks ahead because she has destroyed Ghana’s democracy.

Kevin Taylor detailed that Afia Pokua was paid by some people but failed to find out the target and hence, she should retract her statement that some journalists will die and rather say she will be the one to die.