We’re In Desperate Times Of Our Educational Aspirations-KNUST Students.

Student members of Tertiary Educational Institutions Network (TEIN) at Kwame Nkrumah University Of Science and Technology in Kumasi have placed on record that ,they are at their most desperate times of their  educational aspirations and dreams, and  more disgraceful  is when those who ought to show leadership are rather aimless, incompetent and  irritating whilst demonstrating arrogance of the highest impunity to the detriment of students who are left helpless! . Student members of Tertiary Educational Institutions Network (TEIN) at Kwame Nkrumah University Of Science and Technology in Kumasi have placed on record that, they are at the most desperate times of their educational aspirations and dreams, and more disgraceful is when those who ought to show leadership are rather aimless, incompetent and irritating whilst demonstrating arrogance of the highest impunity to the detriment of students who are left helpless!

According to them, they are talking about the future of thousands of young men and women in their  15 member Public Universities affected by the University Teachers Association of Ghana (UTAG) strike!

In a press conference held today at KNUST campus,

Mr Theophilus Berchie, President of TEIN, KNUST campus noted that to properly interrogate the issues under contention, it’s only proper to ask a few questions to straighten out their preposition!

1. Who suffers from the Strike?
Students!

2. Is this the first time UTAG has warned of the improvement of conditions of services or strike?

3. After the compromise, why has the Government failed to engage UTAG to a reasonable conclusion after the effect of the first strike which disorganized many students across the country, as some were even in the middle of their examination timetable?

4. What did the National Labour Commission do exactly,  being aware of such a prestigious strike action? Why didn’t they take proactive measures to engage UTAG whilst the students were home and when they declared strike?

Or we are forced to believe they’re an extension of government and unfortunately do not appreciate what students go through any time there’s a strike action?

5. Why are  Government Officials and Communicators being so insensitive to the suffering students and their future in their commentary about the strike?

He Said, they think and believe so, that future of young men and women in our Public Universities is not the priority of the government.

They believe that it’s time for them to call out government to do the needful, engage their lecturers and arrive at a reasonable grounds with them so they can not just return because it’s under force to do so, but to render quality teaching and research to enhance learning and Nation building!

“We believe painfully, also that National Labour Commission has not demonstrated courage to call out government to honour its obligations, and therefore, we see them as an appendix of government’s broad grand insensitivity and cluelessness!

Public Universities affected by the strike, including KNUST and thousands of our members are the one’s suffering from this needless egoism, poor consensus building, disrespect, and ridiculous show of power!

The resultant effect is the deepening level of backwardness in our academic calendar, morale vices as many students especially, females are left with no choice than to trade in unethical conduct of slaying and prostitution at the mercy of those who can keep them surviving as they idle around- the consequences of the strike action needed the neck of a giraffe to see beyond just lost of academic hours.

We have heard, UTAG on numerous occasions through the press and official letters soften their stance and declare readiness to engage the government for a fair appreciation of their demands!

We are, however, yet to hear from the government, whose duty and responsibility to both students and the lecturers must be grounded in respect and goodwill, we have only heard needless rants, threats and insensitivity amidst crisis!

We are intellectuals, we are students in higher institutions of learning, and can, therefore, appreciate who truly has students at heart this government led by President Akufo-Addo unfortunately, has no empathy with affected students and has rather appeared autocratic and arrogantly grounded in idleness and inept rhetoric.

Students were delayed vacation for 3 months in 2021 for UTAG and Government tussle sake.

Yet, another year, we have reported in school for the 2022 academic year and are sitting in their rooms without academic work once more
Who will take Ghana serious?

Most first years (freshers) have reported and left idling because there’s no teacher in the classroom!

The sum effect of this terrible neglect and potentially dangerous trend emanates from the carelessness of the government and the National Labour Commission who refused to engage UTAG whiles the students were still home.

We, therefore, demand that;

1. Government immediately, call UTAG to the table of reason and respect for a speedy resolution. the resultant effect is that;

2. Ghanaian students will not forgive President Akuffo Addo and the NPP government if we risk closing down the schools!

Citizens do not know what plan government has for the Ghanaian student! “He concluded".

Otumfuo Has Not Given Order To Anyone To Take Back Their Farm Land - Saamanhene... 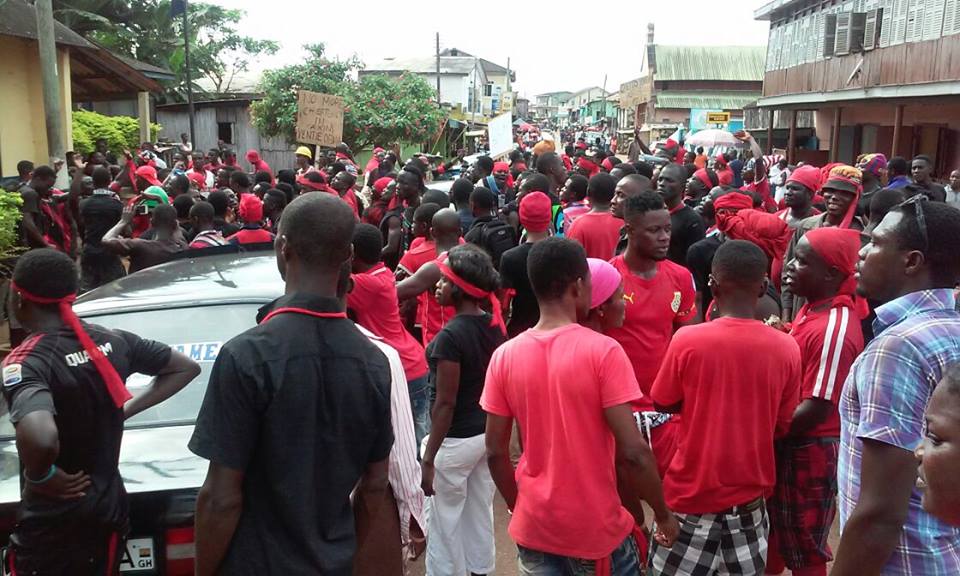 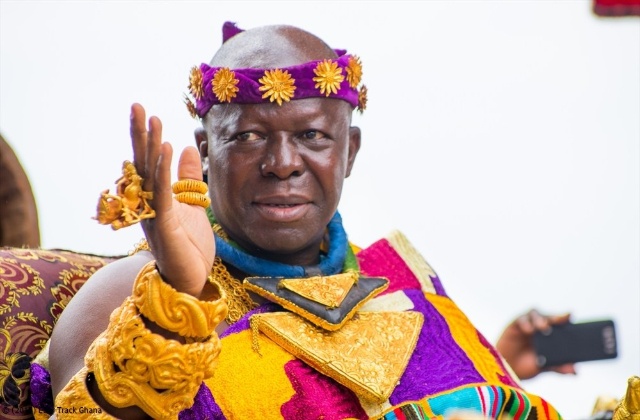