Sunyani Circuit Court Remands Hairdresser Over Murder Of Her Boyfriend

The Sunyani Circuit Court B presided over by His Worship Jojo Amish Hagan, has today remanded Hilda Asomani Embo,27, a hairdresser who was arrested over the murder of her boyfriend. The Sunyani Circuit Court B presided over by His Worship Jojo Amish Hagan, has today remanded Hilda Asomani Embo,27, a hairdresser who was arrested over the murder of her boyfriend.

The deceased, Prince Aboagye,30, was stabbed dead by his girlfriend, Hilda Asomani Embo in their room at Abesim in Sunyani on Tuesday, June 8 over cheating.

According to the court prosecutors, Sergeant Agyenim Boateng stated that the accused, Hilda Asomani Embo is facing a charge of murder and as it first day in court and the police have not finished with their investigation so therefore the police pleaded with the court to give them sometimes to continue with their investigation as they have already opened or read the case to the suspect and she pleaded guilty. Her plea was taken and she would be back on June 24. Very soon, Ghana, together with other West African countries, will cut down the... 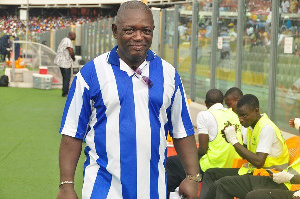 We Will Defintely Beat Hearts Of Oak On Sunday