Last week,Dr UN who is known for issuing fake awards was arrested at the premises of Hello Fm which got Ghanaians linking it to his bizarre nature.New development indicates that,he was arrested for giving out fake awards to dignitaries at KNUST.

Last week ,Dr UN was arrested which got many Ghanaians wondering what sparkled this developement.Some citizens linked it to he issuing fake awards to some celebrants.
Well,new details have emerged about why Kwame Owusu Fordjour aka Dr.UN was arrested by Police in Kumasi.

According to report, Dr.UN was arrested after he dished out fake awards to dignitaries at the Kwame Nkrumah University of Science and Technology(KNUST).

His awards were found out to be fake and as a result, he was arrested and put behind bars for two weeks. However, he was granted bail in the sum of GHC 20,000 with two sureties who were his mother and his father.

Dr.UN who was expected to be visiting the court for proceedings to continue failed to do so since 2018 and was on the watch list of the Police. The Police tried several times to smoke him out from his hiding but failed, arrested his parents who were his sureties, and asked that they come to pay for the GHC 20,000 funds because they could not provide him to the Police.

After several years of trying playing hide and seek with the police, Dr. UN was heard on Kumasi-based Hello FM for an interview where the court warrant was sent to him and he was arrested. Reports say after the arrested, he tried calling the President of Ghana because to him he is a diplomat who has to be protected at all times.

"Why Is This DR-UN Being Given Platforms And Hailed As...

"There's No Way I Will Campaign For John Mahama"- Twene...

Social media influencer, Twene Jonas known as the "system is working 24/7" has disclosed... 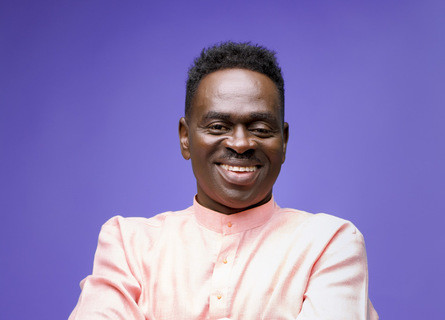