Ghanaian Highlife musician, Roland Kwaku Dei Appiah who is widely known in showbiz as Bisa K'dei has finally reacted to his popular song "Asew" which has been featured in Netflix’s Christmas movie, Jingle Jangle 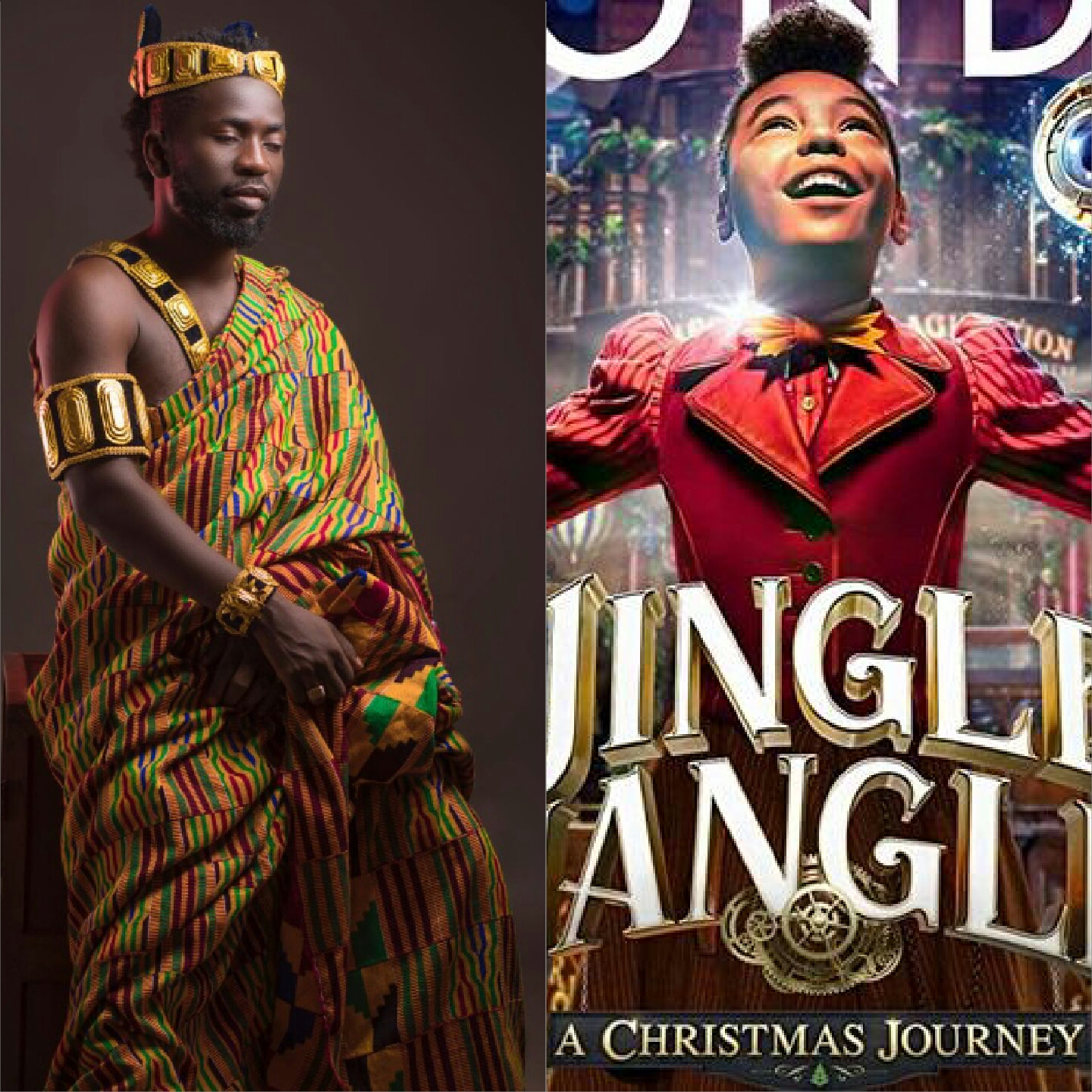 Ghanaian Highlife musician, Roland Kwaku Dei Appiah who is widely known in showbiz as Bisa K'dei has finally reacted to his popular song "Asew" which has been featured in Netflix’s Christmas movie, Jingle Jangle,

A snippet of the movie is fast trending on almost all online platforms that has got many Ghanaians excited for the singer.

In the piece, Bisa’s song was featured in a scene that shows the kids pelting each other with snowballs. In this very scene, the kids were seen doing some African dance moves such as ‘gwara gwara’.

The film was released on Netflix on November 13, 2020.
The Big Hollywood Christmas Project (Jingle Jangle) also featured songs from world-renowned singers like Usher and John Legend.

After the video trended fast on social media and reaching the camps of the highlife singer, he has reacted to his big win.

Bisa Kdei full of joy has reacted to his song, Asew being played in Jingle Jangle. He wrote:

Happy to be a part of this Big Hollywood Christmas Project (Jingle Jangle) with the legends @usher@johnlegend. The big win with @princesskofficial. Big shouts to @lynsissontalbert @davidetalbert. Jingle Jangle is out on Netflix worldwide

"I Built This For You Mommy, For Your All Your Prayers, Support And Encouragement"-Emmanuella

"Who Wouldn't Feel Hurt If He/She Loses Something Important...

Tracey Sakcess Descends On Ameyew Debrah And YEA For Tagging...

"We Know Each Other Personally, I Cannot Do This With You...