Lawyers of former Chief Executive Officer for Ghana Cocoa Board, Dr Stephen Kwabena Opuni, have filed an application asking for the presiding judge over his trial, Justice Clemence Jackson Honyenuga, to recuse himself from the case. 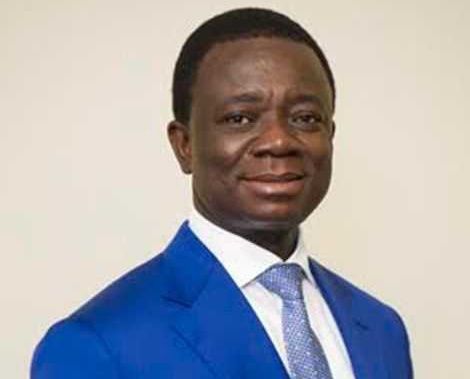 Lawyers of former Chief Executive Officer for Ghana Cocoa Board, Dr Stephen Kwabena Opuni, have filed an application asking for the presiding judge over his trial, Justice Clemence Jackson Honyenuga, to recuse himself from the case.

The lawyers also filed a repeat application for a stay of proceedings pending the determination of an appeal at the same court. The two applications were filed at the High Court and Court of Appeal respectively.

In his application, Dr Opuni put together his request on comments made by the judge, which suggested that he was in a hurry to give a ruling on the case.

Dr Opuni believes Justice Honyenuga’s comments imply that he will not be given enough time to put up a strong defence in court.

A portion of Dr Opuni's application read “That I state that the learned judge, having stated in open court that he was in hurry to hear the case, such that he refused to give me an additional four days to enable me adequately prepare for the case, it has become clear to me that I would not be given adequate time and facilities to prepare my defence as stipulated by Article 19(2) (e) and (g) of the 1992 constitution".
The former COCOBOD CEO and Agricult Ghana Limited CEO, Seidu Agongo, together are standing trial for allegedly causing the state to lose over GHS 217 million in a cocoa fertilizer transaction.

Both are facing 27 charges including defrauding by false pretences, willfully causing financial loss to the state, money laundering, corruption by public officers and contravention of the Public Procurement Act.

They have both pleaded not guilty to the charges, and are on a ¢300,000 self-recognizance bail, each.

Agongo is alleged to have used fraudulent means to sell substandard fertiliser to the COCOBOD for onward distribution to cocoa farmers, while Dr Opuni is accused of facilitating the act by allowing Agongo’s products not to be tested and certified as required by law.

This is the second time lawyers of Opuni have filed an application asking the judge presiding over the case to step aside.

Abronye Goes To Supreme Court Over President And Vice Spouses...