Yaw- Owusu, a Ghanaian citizen has met his untimely death in Mzuluku in South Africa following a heated argument with some indigenes over the eligibility of the controversial penalty awarded Ghana against South Africa on Sunday in the 2022 FIFA World Cup qualifiers. 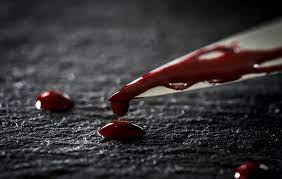 Yaw- Owusu, a Ghanaian citizen has met his untimely death in Mzuluku in South Africa following a heated argument with some indigenes over the eligibility of the controversial penalty awarded Ghana against South Africa on Sunday in the 2022 FIFA World Cup qualifiers.

“Yaw Owusu, a 39yr old man who works at a Saloon had a few arguments with his apprentice before the game on Sunday, the argument resurfaced on Monday morning after the controversy on the penalty and was stabbed to death.

“We are now trying to find his family members in Ghana,” Obeng Boadi popularly known as Owuraku said reported FOX 97.9FM in Kumasi.

“The tension on Ghanaians here is very high. The South Africans have threatened to deal with Ghanaians here after their petition to FIFA. We are pleading on authorities to come to our aid.” he added.

Critical among the calls made by Senegalese referee Maguette N’Diaye was his ‘dubious’ decision to award Ghana a penalty for an alleged foul on Daniel Amartey, which ultimately resulted in Andre Ayew scoring the match-winning goal from the spot.

Radjy Ovouka Likely To Join A Ligue One Club At The End...

Some classes of Kumpese - Akwasiso D/ A primary and JHS in the Amansie South District... ‘There Won’t Be Any Sky Train In Ghana, It’s Not Possible’...

The Minister for Railway Development, John Peter Amewu, has said the government...