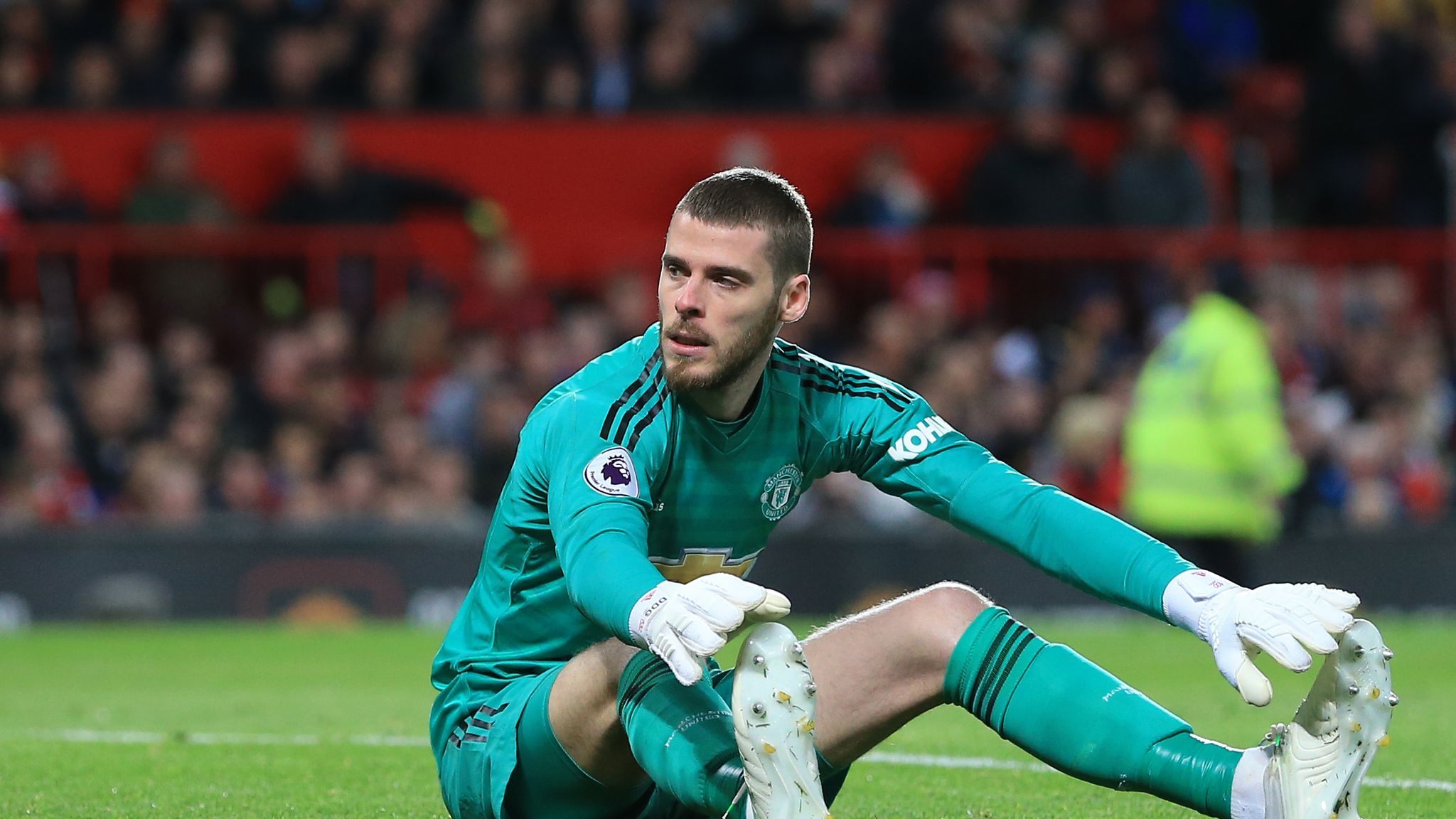 Luis Enrique made it clear he will not accept anyone blaming David de Gea for Spain's Nations League defeat to Ukraine.

La Roja's 15-game unbeaten run came to an end in Kiev thanks to a second-half goal from Viktor Tsygankov.

Spain had nearly 72 per cent of the possession, attempted 21 shots to Ukraine's two and were denied eight times by goalkeeper Georgi Bushchan, although they did not create many clear-cut opportunities.

However, head coach Luis Enrique was not prepared to listen to reporters apportion blame on the 29-year-old.

"You can always do more, but blaming De Gea is already a bad habit," he said.

"If David is blamed for a game like this, switch it off and we'll leave."

He continued: "If you attack in a continuous way, you know there are transitions. If a team defends and keeps it at 0-0, they grow, and in one action they've caught us. We have to congratulate them.

"Nothing happens because in one or two games you don't score goals. We created chances to kill them off. It was a game clearly under our control, with opponents closing the passes and the passing lines.

'I care more about titles' - Kroos delighted to reach Germany achievement but wants...

I Dedicate My Foklex Award to My Audience – Rockson Adjei...

Why Barcelona Sold Rafinha To PSG

Philipo Coutinho Take No.14 At Barcelona For Upcoming Season

MTN augments the fight against Covid-19 with face mask campaign.

Ghanaian actress, Jackie Appiah has finally addressed the alleged rumors of her...

Some customers of the 23 collapsed microfinance institutions have paid tribute to...

Country music songwriter who penned In The Ghetto and A Little Less Conversation...

The burial date of the late gospel musician, Prophet Seth Frimpong has been announced.