BHIM Nation die-hard supporter and godmother, Ayisha Modi has jumped to the defense of dancehall artiste, Stonewoy after he was attacked by American based Ghanaian journalist, Kelvin Taylor over his call for peace among the people of Ashiaman.

BHIM Nation die-hard supporter and godmother, Ayisha Modi has jumped to the defense of dancehall artiste, Stonewoy after he was attacked by American based Ghanaian journalist, Kelvin Taylor over his call for peace among the people of Ashiaman.

It will be recalled that after the results for the 2020 presidential elections were declared by the Electoral Commission boss some days ago, a section of the youth in Ashaiman, who are supporters of the National Democratic Congress took to the streets and demonstrated.

After videos of their demonstration and protest went viral, Stonebwoy took to social media to advise them not to allow themselves to be used.

Apparently, his advice to the youth did not sit well with loudmouth Kelvin Taylor who took to his show to blast him and sight his scuffle with Shatta Wale at the 2019 VGMA as enough reason why Stonebwoy should be the last person to comment on the issue.

Well, Ayisha Modi took to Instagram to state that there is nothing wrong with Stonebwoy’s statement to warrant the attack from the With All Due Respect show host.

She went on to described Kelvin Taylor as ignorant and stupid for attacking Stonebwoy that way when he does not even have a Ghanaian voter’s ID card.

She wrote: “What is wrong with this post, what did he say wrong? When it comes to politics in Ghana some people think the creative arts Industry have no say on issues to better the country. What Stonebwoy said was the real truth to protect his people and not because he belongs to any political party. Stonebwoy holds a lot of followers than even some of the MPs and he cherish them like he value his own family members..He voted so he have every right to talk about issues concerning politics…People should know that politicians can’t buy Stonebowy like how they bought etc etc etc . kelvin Taylor focus on what u have been paid to do and leave Stonebowy out of ur politics issues .sorry seamstress for him to bark like a dog who Is hungry for a bone. If he thinks he is sensible than stonebwoy he should move from abroad and call his family members in Ghana to go and cause that violence. He should put some respect on stonebwoys name Because he is a prophet in the music industry. Am not feeling too well so stop knocking on my Door Mr Kelvin Taylor . Nothing in the world is more dangerous than sincere ignorance and conscientious Stupidity.” Show me your Voters ID Card Kelvin Taylor. What money can make ppl do".

"If You Can Hold A Results And Say Is Credible Enough To Jubilate, Then You Must... 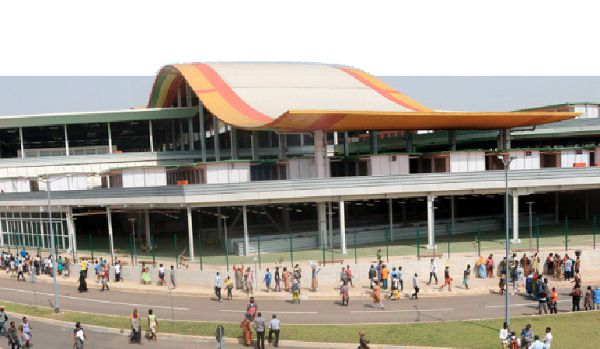