Policy analyst and communication strategist, Dr Emmanuel Steve Manteaw, has blamed the failure of the Agyapa Gold Royalties deal on the public’s belief in the notion that they were misled by the government.

Policy analyst and communication strategist, Dr Emmanuel Steve Manteaw, has blamed the failure of the Agyapa Gold Royalties deal on the public’s belief in the notion that they were misled by the government.

Speaking at a forum on the theme “Extractive Sector Governance: Examining Political economy factors for promoting transparency, participation and accountability” organized by Star Ghana, Dr Manteaw, indicated that, Ghanaians bought into the promise of a comprehensive mineral revenue management law as promised in the NPP’s 2016 election campaign only to be presented with a Mineral Income Investment Fund Act, without regard to the social contract”.

The government of Ghana had proposed to sell about 76% of the country’s prospective gold receipts to a special corporate vehicle in the British territory of Jersey known to be a tax haven.

The deal would have seen Ghana own 51% of the Jersey-based company with the remaining 49% listed on the London Stock Exchange in return for US$500 million.

The cash, according to the Minister of Finance, Ken Ofori-Atta, would have been invested in “infrastructure, health and education”.

But the one-time member of the World Bank Extractive Industries Advisory Group, Dr Steve Manteaw insists the deal exposed an attempt by “power brokers and interest holders (in Government) to obtain private benefits from the transaction”.

Dr Manteaw’s concern was first acknowledged by the then Special Prosecutor. Martin Amidu in his Corruption risk and Anti-Corruption assessment of the Agyapa Gold Royalties deal.

Since the deal, despite the questions raised mainly by the opposition National Democratic Congress and several CSOs, was passed by Parliament, Dr Manteaw noted that “the Agyapa transaction raised critical questions about the effectiveness of the checks and balances built into Ghana’s governance architecture”.

Again Dr Manteaw said the Agyapa deal “revealed the weak control mechanisms in the public financial management system in Ghana and the near helplessness of Parliament in the exercise of its oversight mandate”.

Dr Manteaw was addressing a session to analyse the political economy factors that derailed attempts to innovate the management of mineral royalties in Ghana.

The analysis concluded that a Collaboration between local CSOs and their international partners, and a constant mention in both local and international media helped to “bring international public opinion” to bear on the alleged improprieties in the deal resulting in its botching. 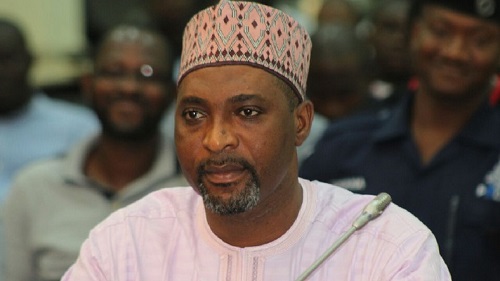 The Muslim Congress in Parliament has called for the enforcement of rules that will...

Ghanian actress, entrepreneur and model, Rosemond Brown who is popularly known as...